Jump to Header Jump to Main Content Jump to Footer 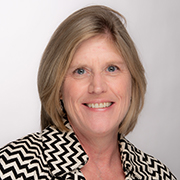 Kelly Persons is the Executive Director of the Northern Virginia Community College Educational Foundation, where she is responsible for initiating, cultivating and maximizing philanthropic support for Northern Virginia Community College (NOVA). Reporting to both the NOVA President and the Foundation’s Board of Directors, her responsibilities fall into three broad categories: fundraising, Board relations, and Foundation administration. She is accountable for developing and implementing strategic, long-term plans to generate philanthropic support for priorities identified by NOVA and the Foundation Board which align with the College’s strategic plan. Ms. Persons also oversees all scholarship and emergency aid programs for NOVA students.

Most recently, prior to joining NOVA, she served as the Executive Director of the Novant Health UVA Prince William Medical Center Foundation, where she managed day-to-day operations, the Foundation’s budget and administration as well as all aspects of fundraising, donor stewardship and Board relations. At a similar role at SkillsUSA, Ms. Persons led a team that raised $3.8 million annually, and was responsible for a robust donor portfolio that included Toyota North America, Snap-on Tools, NCCER, 3M, GE and Newell Rubbermaid.  She effectively managed and motivated the SkillsUSA Foundation, a volunteer board composed of industry partners/c-suite level leaders.

For nearly seven years, Ms. Persons served as administrator of the Lowe’s Charitable and Educational Foundation (LCEF) and led the company’s corporate social responsibility. During her tenure, the LCEF grew from a $3 million private foundation awarding grants to 80 recipients to an impactful public foundation providing grants in excess of $19 million.

Ms. Persons attended Wells College in Aurora, NY where she received her B.A., in American Studies (History & Literature). She is also a Certified Aging in Place Specialist (CAPS).

Jaclyn Bassett is the new Executive Assistant to the Executive Director of the Foundation. Jaclyn hails from Michigan and has lived in the Northern Virginia area for two years. She has several years of education administration experience and most recently served as a Human Resources Administrator at a special education private school. Jaclyn has a passion for cooking traditional Polish recipes with her family.

Bryan DeWinter joins the Foundation as the Records Manager. He has over eight years of experience working in the data entry, donor records management and nonprofit fundraising environments. Bryan has handled large volumes of gift entry and event registration transactions while meeting important deadlines. Originally from California, he moved to Northern Virginia in 2010 for academic pursuits.  He enjoys traveling and seeing the sights around the area.

Are you ready to donate to NOVA? Your charitable gift can leave a lasting legacy.